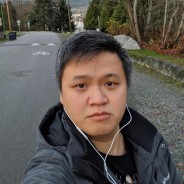 By Michael Kwan September 16th, 2020 Leave a response The Net

Traditional advertising just isn’t as effective as it once was, nor can it offer the same level of granular analytics and optimization that newer forms of digital advertising can provide. It should as little surprise that influencer marketing has completely changed the game, and we’ve got the numbers to back it up.

And while it may have once been the case that you needed a massive following to make any money as an influencer, that’s no longer the case either.

Don’t go wasting thousands of dollars to build up your Instagram profile just yet. Indeed, as this market continues to evolve and mature, more and more brands are recognizing the value in partnering with so-called micro influencers and even nano influencers.

That’s because they’re seeing that far more important than reach or clicks is engagement. And, as a percentage, influencers with less than 25,000 followers have higher engagement rates that their “bigger” counterparts.

This means that almost anyone — and that includes you — can “cash in” on this influencer trend. Maybe you’ve already done a sponsored post with a brand. Perhaps you’re thinking of partnering with a company for a longer time brand ambassadorship. Or maybe you’ve just received some “free stuff” to try in exchange for sharing it on social media.

In all these cases, the FTC says you must clearly disclose whether you’ve received any compensation at all in relation to your post. That’s not just straight cash payments. It involves those “review samples” and “gifts” and “special invitations” to “VIP preview events” too.

Some bigger influencers, including celebrities like Lindsay Lohan, have already been slammed by the FTC for violating these guidelines. The FTC sent them a letter saying that they must provide “clear and conspicuous disclosure” in these types of posts. For many influencers, large and small alike, the assumption was that:

Some influencers thought that the #ad hashtag would turn off some of their followers or otherwise leave a bad impression. That’s what paved the way to alternatives like #spon, #freebie, and #thanks… which aren’t as immediately obvious, clear and conspicuous. But, as it turns out, you don’t have to use #ad in all your sponsored content either. You just have to make sure that your relationship with the brand or company is “clear and conspicuous.”

To this end, you’ve likely seen a lot of posts that use #giftedproduct or #giftedexperience. As far as I can tell, those are reasonably acceptable. But something like #freeproduct or #freetrip might not be, because maybe you won that product in a contest or it was a freebie handed out to almost anyone. Again, it’s about making your relationsship clear and obvious.

While you can certainly put #ad in your Instagram caption (or anywhere else you may published sponsored content), it’s not an absolute requirement. You should, however, follow some key guidelines and best practices to stay on the better side of the FTC.

The long and the short of it? Make sure it’s clear and obvious to your followers if you have any sort of business relationship with the brand. Even if you worked on a sponsored post with them months ago, but you mention or tag them in a later post, you still need to disclose. And while the FTC is based in the US, this will guide how the influencer marketing industry as a whole will operate moving forward.